Tekashi 6ix9ine appears to be public enemy number one during his racketeering case, but now he’s making millions off his music. Many in the industry have been unimpressed that the “GOOBA” rapper chose to turn his back on those who were with him in the Nine Trey Gangsta Bloods and testify against them in order to receive a lesser sentence in his own case. Since being let out of prison and transferred to home confinement for risk that his asthma made him vulnerable for COVID-19, Tekashi seems to have won even fewer friends, but someone who always stuck by him was Nicki Minaj.

“Danny, I love you and am praying for you, your Mother, daughter & her Mom during this time,” Nicki Minaj wrote on Instagram following the Brooklyn rapper’s arrest and referring to him by his birth name, Daniel Hernandez. Both New Yorkers have had a solid friendship throughout the past two years and have collaborated professionally. While the likes of 50 Cent may have disowned 6ix9ine and said he will never work with him again, Nicki does not look like she has deserted her old friend. 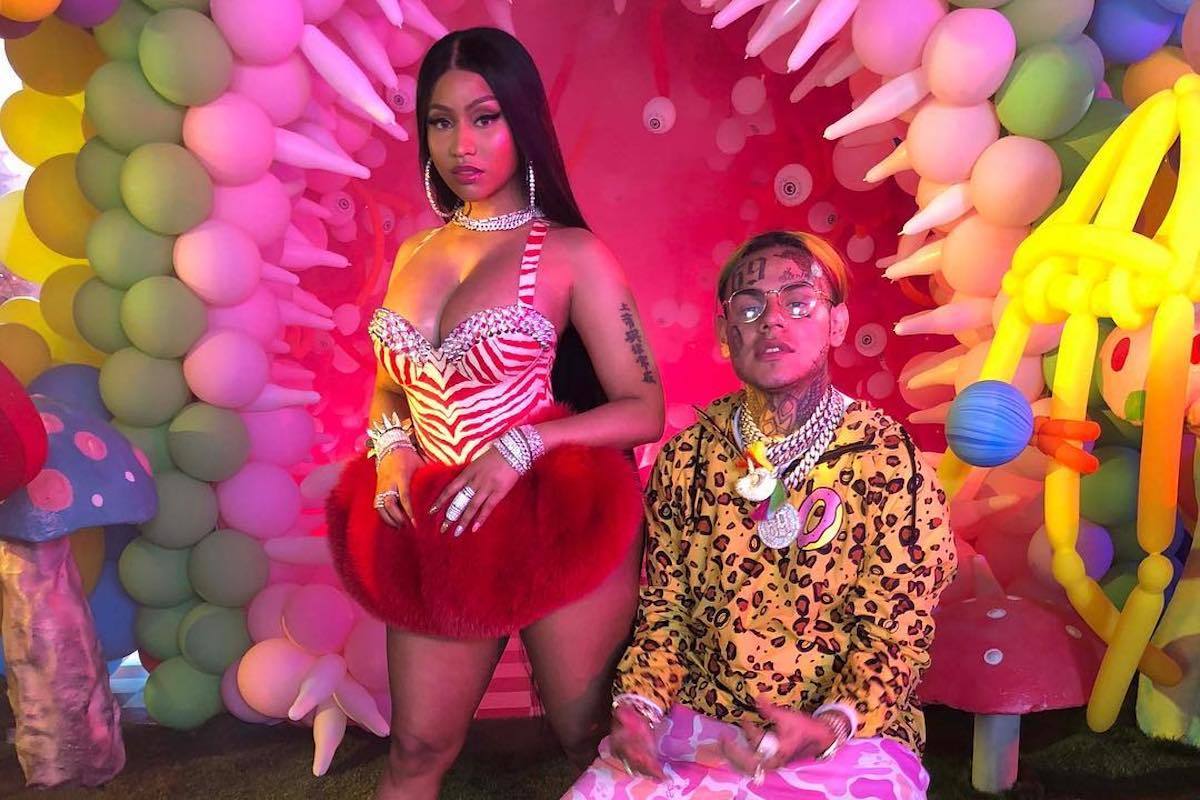 A fan account now claimed that the “Yikes” rapper was on her way to Tekashi’s secret hide-out. The reports feed into the rumors that she is featuring on the 24-year-old’s upcoming single “TROLLZ” which was originally scheduled for release on the last Friday in May. Instead, the rainbow-haired artist announced to his fans that the track would be delayed by a week as the video that goes along with it is not yet ready.

The last time 6ix9ine put out some music, it led to big names in the hip hop world, declaring that he shouldn’t be getting any recognition due to being a “rat.” If Nicki does appear on his new song, it will be interesting to see whether she also has to field some of the backlash.