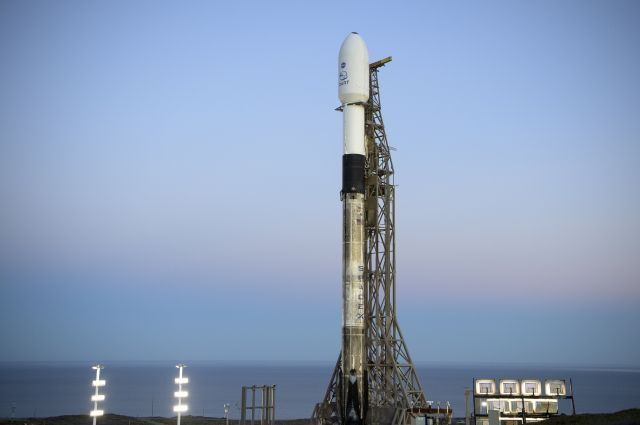 SpaceX's Falcon 9 launch vehicle with a DART kamikaze probe, which will collide with an asteroid to test Earth protection technology from & nbsp; space & nbsp; objects, launched in the United States. The launch was broadcast on the NASA website.
& nbsp;
The rocket was launched from the American Vandenberg Space Force base in California on Tuesday at 22:21 local time (09:21 Moscow time, November 24).

DART will have to separate from the rocket and fly towards the & nbsp; small near-Earth asteroid Dimorph, which orbits the larger asteroid Didyma. It is expected that the collision with Dimorph will occur between September 26 and October 2, 2022.

NASA experts draw attention to the fact that they do not plan to destroy the asteroid, but only want to test the possibility of influencing the trajectory of space bodies, if they represent danger to the Earth.

On the eve of China successfully launched the Gaofen-3-02 Earth remote sensing satellite into orbit.