Will the Kiev internal political tornado suck in Russia?

This Friday in the former USSR suddenly turned into the day of fake coups d'état. President of Kyrgyzstan Sadyr Zhaparov put the start of the “fun relay race”, and the leader of Ukraine, Volodymyr Zelensky, immediately picked it up. Most likely, the two leaders of the post-Soviet states did not agree on anything like that? In this case, I willingly believe in the version of a purely random coincidence. But in any case, the like-mindedness of the two presidents turned out to be simply remarkable: both the one and the other declared that some villains and internal political competitors are trying to overthrow them by means of a coup d'etat. And in fact, and in another case, such “information” raises serious doubts. However, this is where the similarities end: the significance of the political move by the knight of the leadership in Bishkek is limited by the borders of the republic. A similar “move by Rinat Akhmetov” by Vladimir Zelensky threatens to further draw Russia into the internal Ukrainian political swamps. 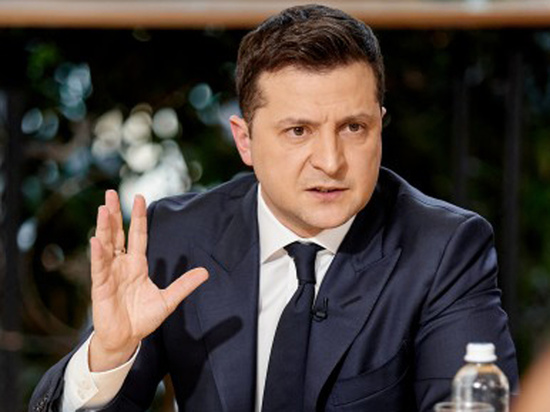 I'll start with Kyrgyzstan. A little over a year ago, Sadyr Japarov came to power in Bishkek as a result of a series of very “creative” political steps. But now “creativity” in local politics is no longer welcome. According to the official statement of the state security, “evidence has been obtained of the criminal activities of the group under the leadership of certain destructive political forces,” including parliamentarians and former high-ranking officials. According to this “evidence,” the “destructive forces” planned to protest the results of the parliamentary elections, organize mass protests, clash with the security forces and storm the buildings of state authorities.

Although this statement describes a standard scheme for changing the top leadership of Kyrgyzstan, this time it is hard to believe in something similar. The current ruling tandem in Bishkek, which consists of President Zhaparov and the head of the main local special service Kamchybek Tashiev, keeps the situation in the republic in such tight iron gloves that even a mosquito will not slip past him without a “pass”. Of course, the version with the presence of frostbitten conspirators cannot be ruled out 100%. It is not for nothing that the president prefers to work not in his official office in the White House in the city center, but in his country residence Ala-Orcha, which, unlike the long-suffering White House, has never been taken by storm.

But the preemptive strike version is much more likely. On the eve of the parliamentary elections, Prime Minister and President's namesake Akylbek Zhaparov promised that the authorities would not “use administrative resources” (how touching!) social protection “(in the first years of Soviet power, execution was officially called the” highest measure of social protection “.) However, God bless her, Kyrgyzstan. By and large, the maneuvers of politicians in Bishkek in Russia are neither hot nor cold. Unfortunately, this cannot be said about the similar maneuvers of the leaders in Kiev.

Volodymyr Zelenskiy suddenly held a press conference (or, to use the current Kiev official jargon, “press marathon in a coworking space”). And just as suddenly he accused the oligarch Rinat Akhmetov, who fell into disgrace with him, of preparing a coup d'etat: “Some people-representatives of the Russian Federation and some comrades from Ukraine are discussing that it is necessary to convey information that today Rinat Akhmetov is ready to get involved in the issue of a coup d'état, changing the current president … I believe that this information is specifically in order to drag Akhmetov into a war, into an informational one, he is already involved against, well, me, against the state. ”

Having issued this statement, the President of Ukraine for some reason switched “to the language of the aggressor country” and added: “I don’t believe in coups d'etat, just as I don’t believe that Akhmetov will run straight into it.” If Zelensky “does not believe in coups,” then why did he say that a coup d'etat was being prepared in Ukraine? Of course, there is a great temptation to hint at the fact that this coworking space serves especially picky coffee (you know what I mean). But for some reason I have no time for jokes. Attaching “representatives of the Russian Federation” to the conspiracy is a standard Kiev political device. Not a single conspiracy in Ukraine can be considered as such if “representatives of the Russian Federation” do not participate in it. However, this is what was not there before.

During my journalistic career, I probably used the phraseologism “fight of bulldogs under the carpet” a hundred times. But for the first time I had the feeling that we are all sitting on a chair that stands on this wildly wobbling carpet. Something is happening in the Russia-Ukraine-West triangle. And this something is not at all positive. An article by Putin about Ukraine, published a few months ago. VVP's statements that the West treats Moscow's “red lines” with excessive frivolity. Publication of Lavrov's correspondence with colleagues from Berlin and Paris. Constant statements by the West about the “inadmissibility of the invasion of Ukraine.” The “ticking bomb” introduced by the Kiev Cabinet of Ministers to parliament in the form of a de facto bill “On the State Policy of the Transitional Period” canceling the Minsk Agreements. A recent visit to the Russian capital by a CIA director (since when are CIA directors engaged in diplomacy?)

The atmosphere of the conflict has radically changed. Elements of “pretense”, watchfulness and frozenness disappear from it. And all this against the backdrop of the growing political crisis in Kiev and the erosion of the power foundation of President Zelensky.

The transfer of the conflict with Russia from the rhetorical to the forceful phase looks in such a situation as an increasingly logical political move. The “external enemy” rallies, eliminates all internal conflicts. Why, for example, is Poland so furiously fanning the flames of the conflict with Belarus and slapping Angela Merkel, who is trying to negotiate a compromise with Lukashenko on migrants from the Middle East? Because Warsaw does not need any compromise. She needs a continuation of the fight. This fight has consolidated the EU. Not so long ago, Poland was considered a “hooligan” within the European Union, who should be severely punished for “violating the norms of the community.” And now she is “a victim of the aggressive policies of Putin and Lukashenka,” which should be supported in every possible way.

Zelensky also needs a similar metamorphosis. The goals of the President of Ukraine have reached perfect balance with the goals of the conditional war party in Kiev and in the West. Where these goals are in radical conflict is with Russia's fundamental national interests. An article by Vladislav Surkov calling for “imperial expansion” recalled that a conditional war party exists in Moscow as well.

This article also showed that this “party” lacked reasonable argumentation. Russia will gain nothing from reigniting the conflict in Ukraine, but it has a lot to lose. The best position that we can take in relation to the crumbling of the Zelensky regime is the position of maximum detachment. Let the Kiev political elite cook (and drown) in their own juice. But won't we be dragged into this “juice” by force? This question now belongs to the category of not rhetorical, but quite politically applied.