The event will be held in person, but the number of journalists at it will be reduced: there will be 500 instead of 1-1.1 thousand. The Kremlin itself will choose the media that will be presented at the press conference 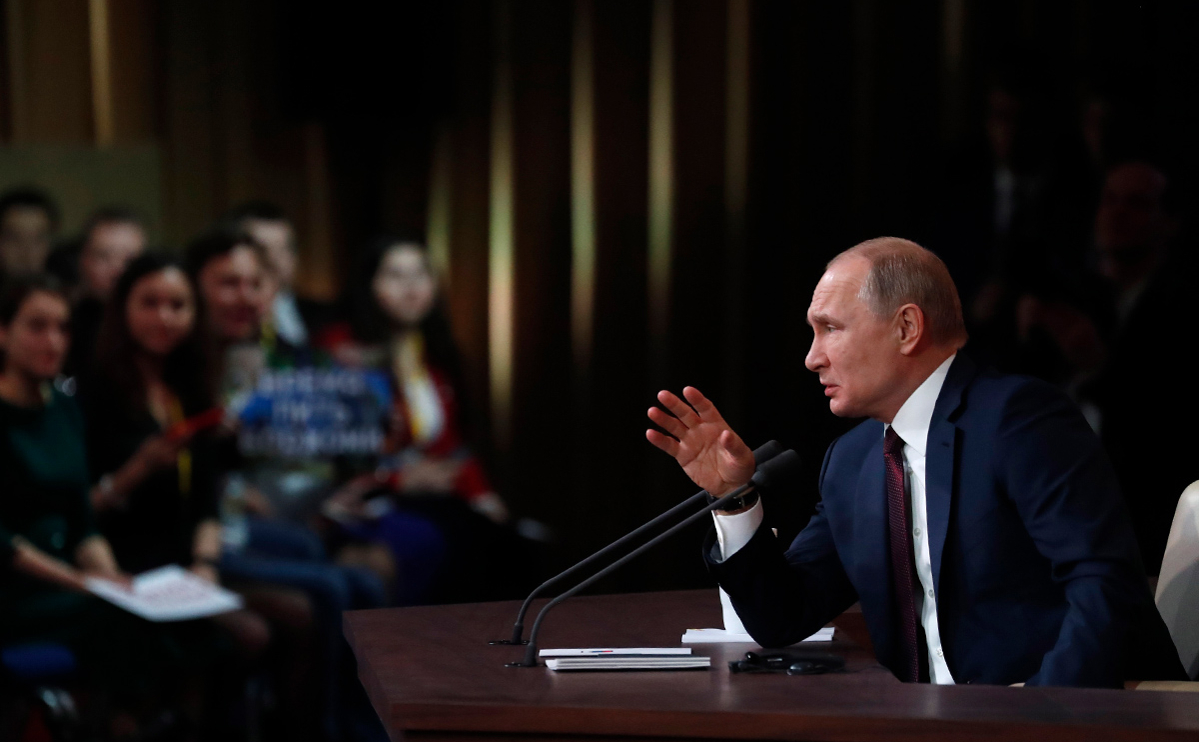 Annual the press conference of Russian President Vladimir Putin will be held in person on December 23, press secretary of the head of state Dmitry Peskov told reporters, RIA Novosti reports.

Due to the pandemic, the number of journalists at the event will be reduced to 500. “ This traditional large press conference of the president will take place in the Manezh, the number of seats will, unfortunately, be limited to 500, usually we have over 1,000 '' 1.1 thousand and so on. Now, unfortunately, there will be 500 '', & mdash; quoted by Peskov's agency.

There will be no free accreditation to the conference in this regard, the Kremlin will choose the journalists itself. “ We will have federal media that work on the presidential agenda, foreign media, and through the embassy in the federal districts we will invite regional media, '' & mdash; said the presidential press secretary.

All journalists will need to pass three PCR tests for coronavirus to get to the event.

The next press conference will be the 17th for Putin.

Last year, the press conference was held on December 17 (partly in the format of a video conference). The President announced one-time payments in the amount of 5 thousand rubles. for each child to families with children under seven years old. He announced a reform of primary health care, for which 500 billion rubles are provided. Putin also announced his readiness to renew the treaty on the limitation of strategic and offensive arms with the United States, which was extended in January this year.

Subscribe to FB RBK Get news faster than anyone