Will the “war party” win in Europe?

In Russian-American relations, the smell of Cuba is becoming more and more distinct. And no, we are not talking about a fresh sea breeze, but about the prospect of a sharp escalation of confrontation, including balancing on the brink of war. When Joe Biden was almost twenty years old, the Cuban missile crisis broke out: the USSR deployed nuclear missiles in Cuba, and the United States demanded their withdrawal, threatening otherwise to start hostilities. A very similar situation is taking shape in the world now. Only Ukraine claims the “role of Cuba”, and Russia is the country that declares that it will not tolerate such a threat to its national security. Predictably, it was not possible to resolve these contradictions at the level of the heads of foreign affairs agencies. Now it's up to Putin and Biden, whose remote communication may take place in the very near future. 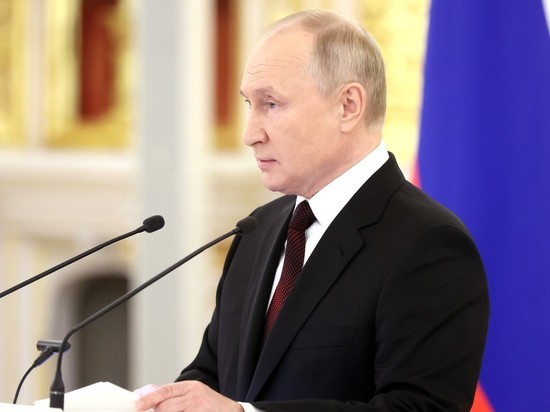 Photo: pixabay.com < p>During the Cuban Missile Crisis of 1962, the USSR, as you know, “blinked first.” Nikita Khrushchev agreed to remove Soviet nuclear missiles from the “island of freedom” in exchange for lesser concessions from America. Will the United States do the same now? Partially the stakes on the part of the collective West have already been reduced. NATO Secretary General Jens Stoltenberg said: “Ukraine is not a NATO member. Therefore, it does not have the same security guarantees as NATO members, which are obliged to defend each other if they attack one of them. ” Translated from diplomatic language into generally understandable language, this means the following: if Zelensky finally loses his sanity and brings the matter to a direct military confrontation with Russia, then the West will warmly sympathize with Kiev, but will not get into a fight himself.

I hope Kiev appreciated this political equivalent of an ice-cold shower. The strategy of Ukraine under Poroshenko and under Zelensky comes down to solving its problems with Russia with the hands of the West. That is why our troubled neighbor is constantly looking for more and more new reasons for confrontation. Through the mouth of Stoltenberg, official Kiev made it clear that such a trick would not work for him. On the West side, this is definitely a step in the right direction. Or maybe it would be more correct to write it like this: a step in the right direction? The general dynamics of the development of the situation near the Russian borders in Europe is still clearly negative.

On the continent, an informal political alliance with the code name “For the War” has been formed de facto. The members of this alliance are well known. This is Britain, whose new foreign minister, Liz Truss, has just parodied the famous photograph of Margaret Thatcher while driving a tank near Russian borders. This is Poland, whose political class is clearly suffering (however, why does it suffer? Enjoys!) From the loss of contact with reality and megalomania. These are the Baltic countries, one of which – Estonia – has just given Liz Trass the opportunity to show off on a tank. This is the same Ukraine. Finally, this is a part of the American political elite, which is in favor of arming Ukraine to the teeth and thus showing the mother of Russia to Kuz'kin.

I want to obey right away: by calling this constellation of political forces and countries the Alliance “For War!”, I somewhat simplified a more complex reality. I think no one wants to be massacred in Europe. The calculation of the “party of war” is based on the fact that Russia is a “paper tiger” that growls loudly, but does not bite. The West is still corrupted by its success in the 90s. The situation, standard for the Yeltsin era, when the Kremlin repeatedly declared “We will not tolerate this!”, And then wiped it off again and again and marked new, much less ambitious “red lines”, taught American and European politicians to the fact that warnings from Moscow are safe ignore. Of course, Putin has proved many times by deeds that he has never been Yeltsin. Let me remind you of only two dates: Georgia, 2008. Crimea, 2014.

However, unfortunately, even such a demonstration of the seriousness of intentions – as well as actions – could not reverse the inertia of the thinking of Western politicians. Putin recently said this in plain text: Moscow's signals are not getting through, and Western partners continue to think that they are only being frightened. It is this real or feigned blindness of the collective West that may turn out to be the wick for the chain of tragic (or at least very dramatic) events in Europe. The upcoming talks between Putin and Biden is one of the ways to flood the fuse with water. Will this opportunity be used? As is known, the policy of the current US president is based on the need for de-escalation in relations between Moscow and Washington. Following Trump, Biden is consistently redirecting America to new challenges. The world's main superpower aims to prevent China from overthrowing it from this “pedestal”. In theory, this means that America does not need a crisis in Europe.

But is this theory supported by practice? In fact, de-escalation in relations between the United States and the Russian Federation was only partially achieved. In some places, something has been achieved. But so far there are more slippages than successes. By making the thesis “Russia does not have the right to veto further NATO enlargement at the expense of Ukraine and Georgia” an obligatory part of its political vocabulary, the West has driven itself and everyone else into a logical trap. To go to a very tough confrontation with Moscow because “I cannot give up my principles” the West does not want. But openly “sacrificing principles” is also not an option in the eyes of the United States. The admission that in fact Putin does have the right to veto further NATO enlargement means, in the eyes of the Americans, their complete humiliation.

A logical impasse arises, and the West is trying to get out of it with the help of maneuvers such as Stoltenberg's statement cited above. They say, we love Ukraine, but if something happens, then our hut is on the edge! Thank you, of course, and on this one. But this is not enough, too little. Even if NATO is neutral, a direct large-scale armed confrontation between Russia and Ukraine will set Europe back several decades. This development of the situation must be prevented. I hope that Putin and Biden will succeed.