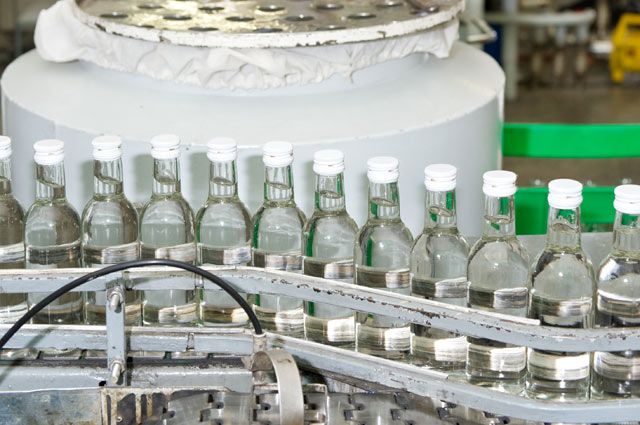 Who will pay billions of rubles of arrears on excises and debts to creditors of the alcohol factories of the North Caucasus? Brought to subsidiary liability, he achieved a revision of the acts approved by the highest judicial instance.

Qualified as giving a bribe

received a claim from the lawyer Arsen Tsipinov, who did not agree with the acts of the courts that recognized him as the beneficiary of four enterprises in the KBR, and was dissatisfied with the coverage of this lawsuit in the press.

Recall that we are talking about 23 billion rubles of debt of Onyx LLC, Antares LLC, Germes-Nika LLC. and LLC “Mineral Plus”. The bulk of this amount — arrears in excise duties. Enterprises went bankrupt, their property — a drop in a sea of ​​debt. Therefore, lenders are looking for real beneficiaries of tax evasion and borrowing in a pre-bankruptcy situation.

Arbitration courts in the North Caucasus have concluded that one such beneficiary may have been Arsen Tsipinov. In a claim to the previous publication of “AiF” Arsen asks not to consider him a businessman, since he never had a share in the charter of large companies and was not a member of the management bodies. But business in the broad sense of the word — representation of legal services — he is engaged and does not deny it, and in the open databases of legal entities he is listed as an individual entrepreneur.

Three decisions to bring Tsipinov to subsidiary liability for the debts of Onyx and Antares and “Hermes-Niki” reached the Supreme Court of Russia, which recognized the conclusions of lower instances as correct.

There was a snag with the fourth case on Mineral Plus, the circumstances of which are similar to the previous ones. The 16th Arbitration Court of Appeal in Essentuki in April ruled in favor of the entrepreneur, freeing him from payments to creditors and the budget.

The same court accepted Tsipinov's application to revise the determination of the one-year limitation in the Onyx case, and the KBR Arbitration Court undertook to revise its acts in the Antares case. and «Hermes-Niki». That is, the courts of the North Caucasus questioned their rulings and rulings, confirmed by the country's highest court for civil cases and economic disputes.

How legal this is and whether there were such precedents in Russian practice, at the request of the editors, they must answer in High Qualification Board of Judges of the Russian Federation.

The editors could only guess about the motivation of the judges in Essentuki and Nalchik, but Arsen Tsipinov interpreted this as information about the existence of a “corruption connection” between him and the arbitration judges. “Dissemination of the above information is qualified by me as an accusation of me committing a crime, the signs of which are provided for by Article 291 of the Criminal Code of the Russian Federation“ Giving a bribe ”, — an entrepreneur-lawyer writes in a complaint to the editorial office.

In the court decisions, according to which Tsipinov was brought to subsidiary liability, testimonies were given by the manager of the branch of Sberbank of Russia for the KBR Khamidbi Urusbiev that the lawyer was negotiating on behalf of a group of companies, which included alcohol enterprises, and explained, «that completely business GK“Glavspirt” he does.

In his claim, Tsipinov claims — Urusbiev retracted this testimony. The banker, apparently, corrected his position during the check, which was carried out at the request of a lawyer about slander against him. Note that the investigator for especially important cases of the investigative department of Nalchik of the Investigative Committee of the ICR for the KBR refused Tsipinov to initiate proceedings against Urusbiev. Slander was not found in the words of the manager — only a subjective opinion about the role of a lawyer in the alcohol business.

The banker's testimony was not the only evidence of Tsipinov's possible involvement in the management of bankrupt enterprises. “AiF” already cited court documents with media speculation saying that the lawyer was probably “almost the curator of the supply of counterfeit products from Kabardino-Balkaria” and that, apparently, “he owns companies through nominees and officially does not hold any positions in these firms. The court noted that these articles were not disputed by the lawyer, no libel claims were filed. In a complaint against the editors, Tsipinov calls the text of the court document “inaccurate (false)”, but does not provide evidence of contesting journalistic articles, but simply points to other publications where he is justified.

Did you know, but kept silent?

In decisions to hold an entrepreneur to subsidiary liability, other evidence is also provided. The court believes that, even being just a lawyer, Tsipinov could influence the management of alcohol enterprises.

“The exercise by the beneficiary of actual control is possible regardless of the presence (absence) of formal legal signs of affiliation, — stated in the ruling of the Arbitration Court of Kabardino-Balkaria dated January 25, 2022 in the case “Mineral Plus”. — A. A. Tsipinov was aware of the structure of the debtor’s organization, formed changes in the constituent documents, was aware of the debtor’s counterparties and could give oral recommendations to the manager in order to provide “legal” services. Based on these circumstances, it can be concluded that A. A. Tsipinov is actually the controlling person of the debtor, since he had the opportunity to give instructions binding on the debtor or otherwise determine the actions of the debtor, as well as his head, as well as determining the behavior of the debtor upon receipt bank guarantees, the debt on which is included in the register of claims of the debtor's creditors.

According to the law, the head of an enterprise that fell into a pre-bankruptcy state was obliged to submit an application from the debtor to the Arbitration Court within a month. The lawyer who provided legal services, according to the court, could not have been unaware of this and had to remind the official management of Mineral Plus about this.

“However, the defendant did not give such an instruction, and moreover, he negotiated to obtain bank guarantees, which increased the accounts payable of “Mineral Plus””, — according to the court document.

By the way, the court investigated the movement of funds on Tsipinov's accounts and found that tens of millions of rubles passed through them over five years, including transfers from the distillery. The lawyer did not provide information about the sources of income to the court. However, he did not own any real estate. But it turned out that he divorced the marriage in 2016. It was then that a high-profile case began about tax evasion by alcohol enterprises in the North Caucasus.

The tax service filed claims for bankruptcy of distilleries. But then her activity faded. The beneficiaries are being sought by private lenders. Why the departments of the Federal Tax Service for Kabardino-Balkaria and North Ossetia (there are similar lawsuits in which Tsipinov appears) do not defend the interests of the state treasury, we will tell readers when the departments respond to journalists' requests.

Requests have also been submitted prosecutors of Kabardino-Balkaria and North Ossetia. The editors will continue to monitor the situation with the recovery of billions of rubles to the country's budget.