Ukrainians are being discouraged from traveling to the US via Mexico

US President Joe Biden announced the need to “stop dangerous human migration routes” and announced a plan to send refugees seeking the United States to Spain . The head of the White House promises to secure the US-Mexican border and stop the “dangerous journey north.” 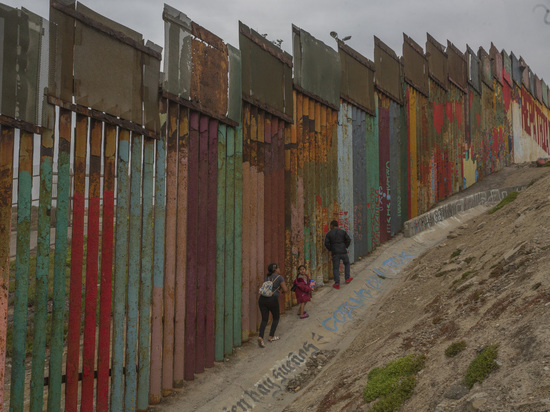 Photo: Global Look Press < p>Biden lashed out at illegal immigration in his speech at the Summit of the Americas, where he and other leaders pledged to end the smuggling of people across the border, writes the Daily Mail.

The President of the United States issued tough remarks amid record immigration that has caused political problems for his administration since his early days in office.

“We need to stop the dangerous and illegal ways people migrate,” he said. Biden delivered a speech in Los Angeles, where he hosted the “Summit of the Americas.”

“Illegal migration is unacceptable,” the US president said, and issued a stern warning to human traffickers: “We're coming for you.”< /p>

“If you are hunting desperate and vulnerable migrants for profit, we are coming for you,” the American president warned. “And we will secure our borders, including through innovative coordinated action with our regional partners,” he said.

Biden spoke as yet another migrant caravan headed for the US amid ongoing problems on the Mexican border .

“Mexico, Guatemala, Canada, and Spain are also committing themselves today to expand employment pathways to their countries,” Biden said. “And in addition to securing our border and cleaning up asylum processing in the United States, the Department of Homeland Security is conducting a first-of-its-kind anti-human smuggling campaign in the region.”

According to a White House fact sheet, “Spain will double the number of job paths for Hondurans to participate in Spanish circular migration programs.”

On Friday, the United States released a long list of measures to deal with the migration crisis. The White House is touting a series of programs agreed to by countries across the hemisphere and Spain as an observer that include attracting more guest workers and providing legal pathways for people from poorer countries to work in richer ones. (Here you can see parallels with the scheme developed in the UK, according to which asylum seekers arriving illegally on British soil are supposed to be sent to the African country of Rwanda while their applications are being processed.)

The Biden administration, faced with a record influx of illegal migrants on its southern border, has pledged hundreds of millions of dollars in aid to Venezuelan migrants across the region, reintroduced family visas for Cubans and Haitians, and made it easier to hire workers from Central America.

The announcements made on the final day of the Los Angeles summit are part of a US-led pact dubbed the Los Angeles Declaration that aims to create incentives for countries that host large numbers of migrants and share responsibility across the region. But some political analysts are skeptical of the promises, some of which seem mostly symbolic, significant enough to be significant.

Joe Biden's statements on the migrant issue came shortly after he announced at the end of March that the United States was ready to accept “up to one hundred thousand Ukrainians and other people” forced to leave their homes after the start of the Russian special operation in Ukraine. However, there is a considerable difference between the presidential invitation and the real state of affairs.

A couple of weeks ago, the organizers of the camp for Ukrainian refugees who went to Mexico announced that they would soon close it, and began to dissuade Ukrainians from traveling to this Latin American country, still in Europe and hoping to get to the US through the Mexican border. After the opening of this camp in the eastern part of Mexico City, about a thousand Ukrainians passed through it. Representatives of organizations helping refugees said that Ukrainians who are still in Europe should register for the US government program and not spend money and energy on a trip to Mexico. Before the camp was set up in Mexico City, Ukrainians traveled to Tijuana on the US-Mexico border.

“We ask people from Europe, Ukrainians, to go through the program from Europe, not to come to Mexico, because for them it is much more expensive,” call representatives of the “Unity for Ukraine” program announced by the US government on April 21.