Russia continues its special military operation. The concern of the world community about the problem of grain export from Ukraine is growing. The first trials of prisoners of war are taking place in Donbass. Shelling of the territory of the Russian Federation continues from the Ukrainian side.

Follow with us the events of Saturday, June 11th. Read the previous broadcast here. 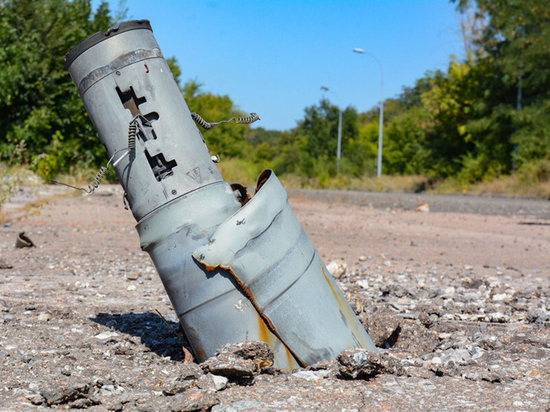 21:32 A strong explosion occurred in Avdiivka near the chemical plant.

21 :02Kadyrov announced the capture of the industrial zone of the “Azot” plant in Severodonetsk.

20:49 Zelensky approved the dispatch of territorial defense fighters to the combat zone.

20:24 Head of Chechnya Kadyrov said that reports spread in the Ukrainian media about the death of a large number of commandos of the Akhmat regiment in Severodonetsk are not true: "I want to upset you: this was not. Detachment "Akhmat" exists".

20:01 EC head von der Leyen said that Ukraine should make more active efforts to reform and modernize the country on its way to joining the EU.

19:59 Finnish media write that Finland actually refused to fulfill Turkey's conditions for joining NATO, not giving her the members of the preacher Gülen's movement. According to Ilta-Sanomat, Finland received 10 extradition requests from Turkey, but granted only seven non-terrorism related requests.

19:08 Putin signed the law on the denunciation of the Agreement on Guarantees of the Rights of Citizens of States — participants of the CIS in the field of pensions.

18:45 In Mariupol, Freedom Square was renamed Lenin Square – that's how it was called in Soviet times. Also, Russian flags appeared on the standards located on the square. 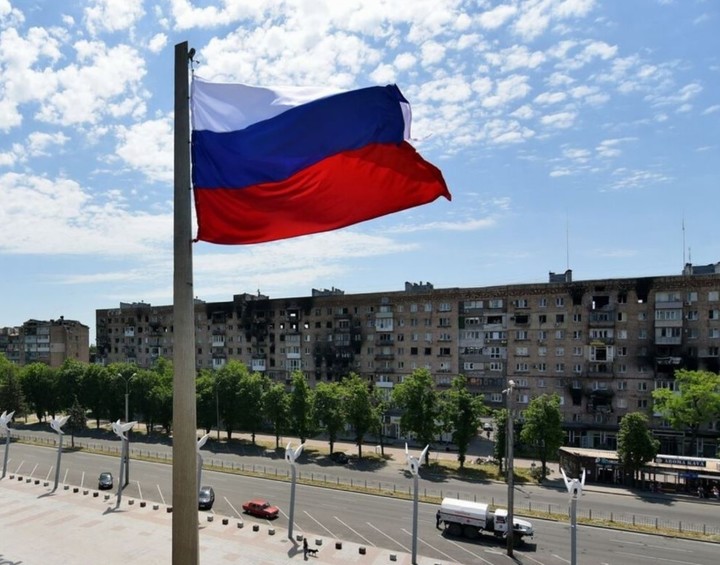 18:25 Putin signed laws on non-enforcement in Russia of decisions of the European Court of Human Rights adopted after March 15

17:58 Belgorod Governor Gladkov announced the restoration of all houses in the border village of Politotdelsky, which was shelled on the night of May 31. According to the official, there were no casualties during the shelling, while in eight households “it was necessary to cover the roofs, insert windows and do interior decoration.”

17:37 Actor Vladimir Mashkov arrived to Luhansk and met with the head of the LPR Pasechnik. Now the artistic director of the Moscow Theater Oleg Tabakov takes part in events dedicated to the Day of Russia. 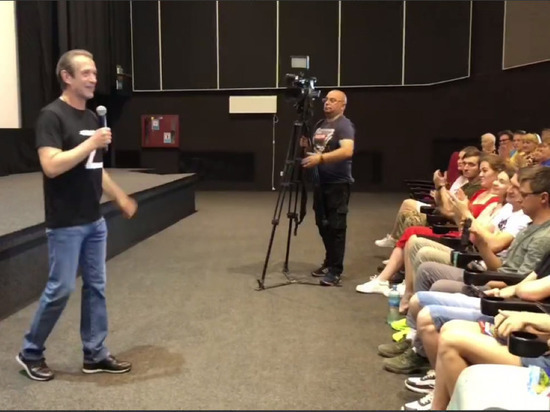 17:31 Von der Leyen: The European Commission, as planned, by the end of next week should complete the preparation of an opinion on Ukraine's application for the status of a candidate for accession to the European Union.

17:18 Turkey approved the UN plan for the transportation of grain from the Black Sea ports. Foreign Minister Cavusoglu said that this plan seems to be the most correct.

17:09 The political scientist explained the strange behavior of Dmitry Medvedev: “I burned all the bridges”

16:33 Czech Foreign Minister Jan Lipavsky said that a Czech citizen from among those who arrived in the country with the permission of Prague to participate in hostilities on the side of the Armed Forces of Ukraine died in Ukraine. According to the diplomat, the citizen died in the Donetsk region, on Sunday his body should be delivered to the Kharkov region.

16:16 The trial of a citizen of South Korea, who is accused in the DPR of participating in hostilities on the side of the Armed Forces of Ukraine, will take place in the homeland of the “mercenary”. “It's not entirely correct, the trial is being prepared in South Korea itself, because he escaped,” said DPR Foreign Minister Natalia Nikonorova.

15:29 The administration of the DPR and the Russian Youth Union signed a cooperation agreement.

15:16 Probable dates named the end of the special operation: it will take a long time

15:01 Zelensky said that the cessation of Ukrainian grain supplies could lead to famine in Africa and Asia, which would provoke political instability in the countries of the regions and could lead to a series of coups.

14:52 In the DPR announced preparations for a trial of a citizen of South Korea, who allegedly fought on the side of the Armed Forces of Ukraine. Earlier, the DPR court sentenced British citizens Sean Pinner and Andrew Hill and Moroccan Saadoun Brahim to death.

14:50 Serbian President Vučić rejected German Chancellor Scholz's demand to impose sanctions against Russia. He said that the EU should take into account that Moscow and Belgrade “has a long-standing special relationship.”

14:28 Slovak authorities announced that dozens of units of Ukrainian Armed Forces equipment will be repaired and modernized at the KONSTRUKTA-Defence plant in Moldava nad Bodvou.

14:26 Cavusoglu: Ankara expects a response from Moscow on the proposal to hold talks in Istanbul in the format of the Russian Federation, Ukraine, Turkey, UN Grain Export.

14:05 The Main Directorate of the Ministry of Internal Affairs for the Zaporozhye region stated: “Every day the passport center, which we opened in Melitopol, receives thousands of people, processes more than a hundred complete packages of documents and immediately sends them to the Russian Federation for registration of Russian citizenship.”

13:53The Ministry of Agrarian Policy of Ukraine reported that the country is waiting for a shortage of watermelons and cherries. "For melons and gourds, the main growing regions – these are the Kherson and Zaporozhye regions,” the representative of the department explained. According to him, “melons and gourds are also grown in the Odessa region, but there are less volumes.”

13:18 Naryshkin: any attempts by Western countries to cancel Russia only betray them maniacal belief that the whole world obeys their orders.

13:18 Almost 10.5 thousand cases of border crossing from Ukraine were recorded in Moldova per day, according to the official website border service of the republic.

12:56 The new authorities of the part of the Zaporozhye region, which came under the control of the Armed Forces of the Russian Federation, announced the creation of a “state grain company” for the formation of the state fund of grain. “We took control of several facilities – Akimovsky, Molochansky, Tokmak open type, Pologovsky elevators. At the VKS, they turned to the Deputy Prime Minister of the Russian Federation, Marat Khusnullin, to allocate 7.5 billion rubles for 500,000 tons. We have not yet received a decision, the issue is being agreed,” said the head of the interim administration of the region Yevhen Balitsky. about 16.5 thousand criminal cases are being investigated, in which the Russian military is accused, 111 people are suspected of war crimes, eight cases have been submitted to court.

11:48 The head of the European Commission, Ursula von der Leyen, arrived in Ukraine on a visit to discuss Kyiv's application for EU membership.

11:38 The head of the military-civilian administration of the Kherson region, Volodymyr Saldo, received a Russian passport.

11:31 Morning briefing of the Russian Ministry of Defense: “In the Kharkov region, high-precision air-launched missiles destroyed the deployment point of foreign mercenaries; air defense systems shot down 2 Ukrainian MiG-29s in the Mykolaiv region and 1 Su-25 in the Kharkiv region in a day; air defense systems intercepted 3 shells of the Ukrainian MLRS “Hurricane” in the areas of the settlements of Dolgenkoye, Sukhaya Kamenka and Malaya Kamyshevakha of the Kharkiv region; five firing positions of units of the MLRS of the Ukrainian troops were hit, the Buk-M1 air defense system was destroyed; Russian aviation hit 48 areas of concentration of forces and equipment of Ukraine, destroyed more than 170 nationalists, 5 tanks, 6 guns and a warehouse near Krasnopolye; rocket troops and artillery destroyed more than 300 nationalists in a day, two “Grad” Ukrainian troops, 9 weapons and fuel depots.

11:13 The first Russian passports were issued in Melitopol, said Vladimir Rogov, a representative of the new authorities of the Zaporozhye region, who took up posts after the transition of the region under control RF Armed Forces.

11:01 Ukrainian Ambassador to Germany Andriy Melnik said that seven howitzers from Germany would arrive in the country by June 22, and 30 Gepard anti-aircraft guns – in July and August. “That is, only two decisions out of all announced by the German government until today, which are under implementation,” the diplomat said.

10:49 LPR Ambassador to the Russian Federation Miroshnik said that the LNR guarantees an “adequate attitude” to the Ukrainian military who will surrender “captured without any conditions” at the plant "Azot" in Severodonetsk.

10:38 Zelensky responded to Biden's reproach for ignoring advice and warnings about Russia's plans at the end of February – more.

10:14 Forbes writes that the Ministry of Digital Development froze the project of digital passports, which were planned to be launched issue to Russians from 2023. The reason is the special operation and the sanctions that followed it – the article says that now the government doubts that the project will pay off and that there will be enough plastic and chips for it.

10:12 State Duma speaker Volodin said on Telegram that the G7 countries are “bursting” because of the sanctions imposed against Russia and therefore new economic leaders appear in the world. He calls them the Russian Federation itself, as well as China, Iran, India, Indonesia, Mexico, Brazil, Turkey. The United States is losing its hegemony, and these countries are forming a “new big eight”, Volodin believes.

09:59 "Gazprom" said that he was supplying gas through Ukraine in the volume confirmed by the Ukrainian side to the GIS "Sudzha" – 41.9 million cubic meters as of June 11. On the GIS "Sohranivka" application rejected again.

09:37 Temporary flight restrictions at 11 Russian airports extended until 03:45 Moscow time on June 18. There will be no flights to the airports of the following cities: Anapa, Belgorod, Bryansk, Voronezh, Gelendzhik, Krasnodar, Kursk, Lipetsk, Rostov-on-Don, Simferopol and Elista.

09:34 Mariupol, which is under the control of the RF Armed Forces, is undergoing de-Ukrainization. The stele with the name of the city, which meets vehicles at the entrance to Mariupol, has been repainted from yellow and blue to the colors of the Russian flag. According to media reports, a portrait of the late head of the DPR Zakharchenko also appeared on the stele. 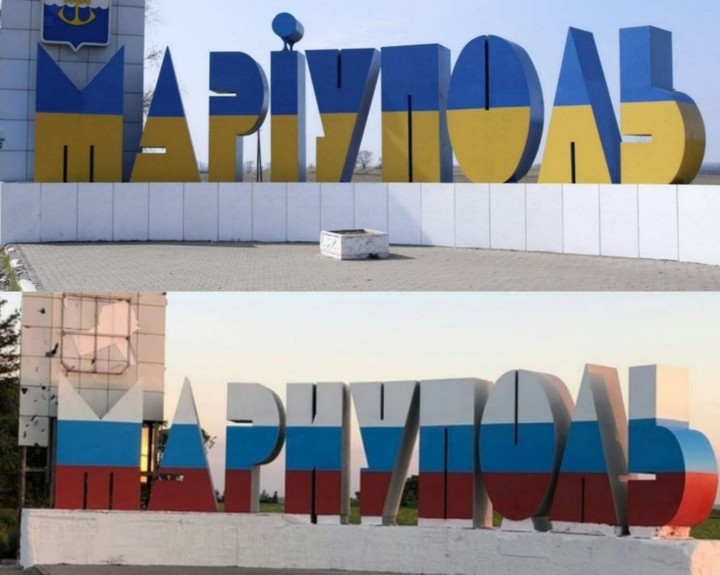 09 :31 The Ministry of Defense of the Russian Federation announced that on June 12, when Russia Day will be celebrated, six ships will be laid down at shipyards in different regions of the country at once – two submarines, a mine defense ship, a corvette and two research ships.

< strong>09:25 How Ukrainians survive during the period of the special operation: the people are not afraid of either the rise in price of gasoline or the 21% rise in the US dollar rate, even eternally dissatisfied pensioners do not grumble.

09 :03 The Ambassador of the Luhansk People’s Republic in the Russian Federation said that at the Azot plant 300-400 Ukrainian soldiers are blocked in Severodonetsk.

09:01 Zelensky responded to a petition to lift the ban on men from leaving Ukraine – it gained the number of votes required for consideration at the end of May . Zelensky said that the procedure for leaving during martial law is determined by the Cabinet of Ministers, in connection with which he instructed Prime Minister Shmyhal to work out the issues raised in the petition.

08:59 The LPR stated that the Armed Forces of Ukraine shelled Pervomaisk. In the DPR, that the Ukrainian military shelled Golmovsky.

08:56 The head of the LPR Pasechnik said that some countries are ready to recognize the independence of the republic.