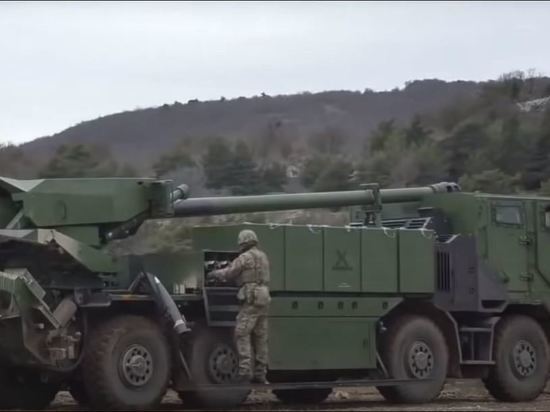 The General Headquarters of the French Armed Forces attempted to explain the situation with the capture of self-propelled artillery installations (ACS) by Russian troops in Ukraine ) French-made CAESAR.

Earlier, Uralvagonzavod thanked French President Emmanuel Macron on his Telegram channel, asking the French politician Régis Castelnau to convey gratitude to the head of the European state for the “donated” self-propelled guns.

France handed over 18 CAESAR self-propelled artillery mounts to Ukraine. The General Staff of the French Armed Forces completely denied the information about the capture of guns, at the same time without providing any evidence to support their position.

But immediately, the French headquarters admitted the possibility of the capture by Russian military self-propelled guns, stipulating that the situation seems unlikely and implausible.