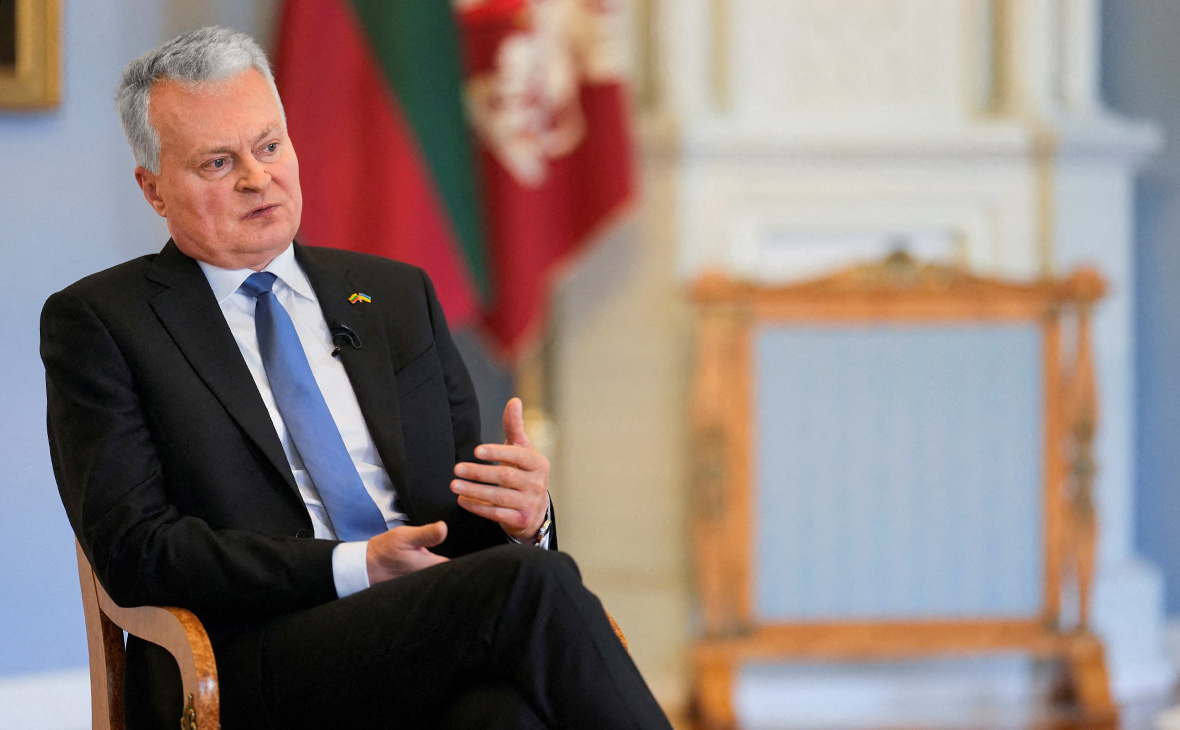 President of Lithuania Gitanas Nauseda decided not to make concessions to Russia on the issue of transit to the Kaliningrad region.

“Lithuania must maintain and will maintain control over the goods transported through its territory, and there can be no question of any “corridors”,— he wrote in social networks.

Nauceda has already discussed the issue of transit with the head of the European Commission, Ursula von der Leyen. “It is clear that Lithuania must and will apply EU sanctions,” — stressed the president.

He added that the Lithuanian government should urgently start consultations with the European Commission so that the implementation of anti-Russian sanctions would not harm either Lithuanian interests or international agreements, but would be painful for Russia.

Lithuanian MEP Petras Auštrevičius announced earlier on June 25 that the European Commission was discussing a draft document allowing the transportation of goods under sanctions from Russia to the Kaliningrad region through the territory of the EU.

At the same time, he recalled Lithuania's right of veto, which it can apply to avert a “major political crisis” in the country.

Read on RBC Pro Pro From Magazine to Airline: Read Losing Your Virginity by Richard Branson Summary Pro Purchasing from a single supplier under sanctions. What to Consider Pro Case Studies How Russia's industry is transitioning to a “resistance economy” Research Pro In depth: what freediver skills will be useful in everyday life OCD: what it is and how it is treated Articles Pro Get ready to work twice as hard. The reason is in the personal data of the Instruction

Austrevičius sent a letter to von der Leyen and the head of European diplomacy, Josep Borrell, in which he stated that “trust and reliability of EU policy are inseparable from the full implementation of sanctions without excluding the Kaliningrad region.”

On June 25, a meeting was held between Russian President Vladimir Putin and Belarusian leader Alexander Lukashenko. During the negotiations, the President of Belarus stated that he considers Lithuania's actions to ban transit to the Kaliningrad region comparable to a declaration of war.

On June 18, Lithuania stopped transit deliveries to the Kaliningrad region for a large list of goods, explaining this measure by the implementation of European sanctions that came into force on June 17.

The Kremlin considered these measures illegal. On June 21, the Russian Foreign Ministry summoned EU Ambassador Markus Ederer, who assured that there was no question of a blockade of the Kaliningrad region, and asked to resolve the issue through diplomacy. hostile actions. Foreign Ministry spokeswoman Maria Zakharova pointed out that a possible response to the restriction of transit will lie not in the diplomatic, but in the practical plane.