Whatever she says, everything is past

In Ukraine, Elena Zelenskaya has always been treated with sympathy – nice, stylish, smart, does not get into politics – the ideal of the first lady. However, lately Ukrainian social networks have seen obvious irritation with the President's wife. And she seems to be just as sweet and quiet, and whatever she says is all a reason for a hatred. 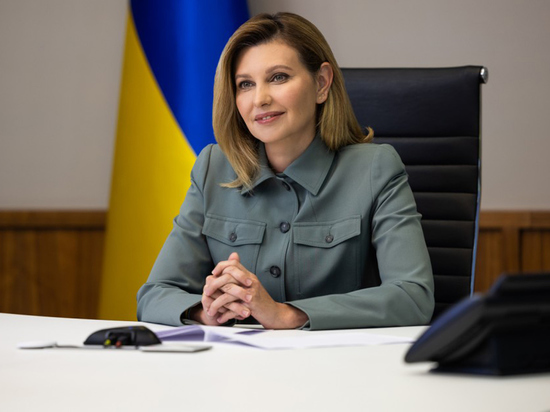 Back in February-March, when residents of Kyiv and other Ukrainian cities hid in basements after each air raid signal, during this sitting in shelters, almost the main question was discussed: where are the president and his family. And if Zelensky quickly began to appear daily on the screens in a khaki T-shirt that set the teeth on edge, then nothing was heard about his wife for two months. There were evil rumors among the people that the first lady with children was basking somewhere in the Mediterranean, especially since photographs of Elena from Nice appeared on the Web. Not sure if it's fake or not. In a recent interview with a British publication, Zelenskaya said that she really had not been in Kyiv for two months, but she and her children had not left Ukraine. According to her, they moved all the time for security reasons: “At times I heard air raid sirens, which became the background soundtrack.” Where exactly she was, Elena did not even tell the British journalist. Joking off: “I was neither underground nor under water.”

After Russian forces withdrew from Kyiv as a result of negotiations in Istanbul, Zelenskaya began to gradually appear in the media space. She was first seen in early May in Uzhgorod during a visit to Ukraine by US First Lady Jill Biden. The ladies touchingly hugged under the flashes of cameras, and the townsfolk walked along the completely non-diplomatic image of Zelenskaya. Elena, in a gray formal suit, sparkled with white heavy sneakers, which, against the background of Jill on stilettos, looked completely “out of protocol”. “Helena completely forgot about the rules of etiquette?” fellow citizens were interested.

Apparently, in order to convince the Ukrainians in the presence of the first lady in Ukraine, Elena began to periodically go online with comments and give interviews. But in this situation, it turned out, as in a joke – “sometimes it is better to remain silent than to speak.” Her opus that the youngest son Kirill acts as a “military expert” for his father, telling what tanks and howitzers the army lacks, instead of tenderness, caused a wave of criticism. Like, now it is clear where we have all the failures at the front. And the speech with an appeal on Women's Day caused a wave of misunderstanding. And Elena didn’t seem to say anything reprehensible, admiring 37 thousand women at the front. But against the backdrop of reports about the beginning of the mobilization of the “weaker sex” in Ukraine, the first lady's speech was perceived as propaganda. “And who will raise the children if everyone goes to the front?” – outraged Ukrainian women in social networks. But most of all, the “glamorous interviews” of the first couple of the country, either on television or in a glossy magazine, piss me off.

Zelenskaya’s abstruse reasoning that “the difference in wages between men and women should disappear” against the backdrop of widespread non-payment of salaries looks so out of touch with reality that many accuse Elena: “She lives in some kind of parallel world.” And even a photo shoot in a strict – a la North Korean suit, lead-gray, with buttons under the neck – does not cause any previous delight. Elena in overalls, standing in front of sandbags on the stairs of the presidential residence or next to a man in camouflage working on a walkie-talkie looks too unnatural. “We put on a show, comedians” – they are vicious in social networks. As a screenwriter, Elena wrote good reprises for Kvartal 95, but now her talent and the skills of the president's PR team are clearly not enough to harmoniously fit into the complex reality.