Russia will do exactly what the US is doing in Europe

Negotiations between Presidents Putin and Lukashenko in St. Petersburg ended with sensational news. Vladimir Putin said that Russia would transfer Iskander-M missile systems to Belarus. They can use missiles in both conventional and nuclear weapons. In addition, due to the activation of US and NATO aviation near the Belarusian borders, including aircraft carrying nuclear weapons, President Lukashenko asked Putin for help in retrofitting their Su-35 aircraft with nuclear warheads. 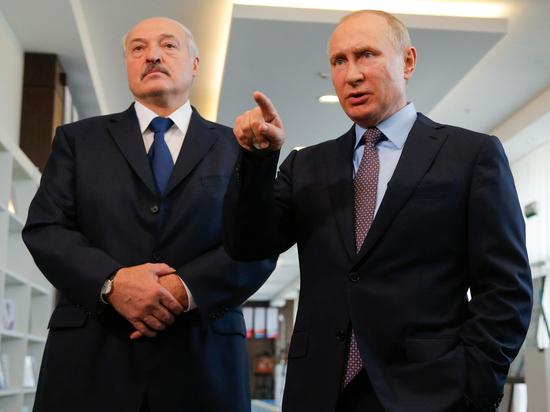 Can this be done? Will Russia, following this path, violate any international agreements on nuclear weapons? And does this mean that another nuclear power, Belarus, will appear in the world?

Addressing Vladimir Putin in St. Petersburg with his “nuclear” proposals, Alexander Lukashenko recalled how in 1941 Europe “lulled” the USSR with promises that no one was going to attack it. Then it turned out that it was all a hoax. But our country was not ready for an attack on it. As a result of that war, every fourth Belarusian died. According to the Belarusian leader, such a mistake cannot be repeated today. It is necessary to calculate any development of the situation.

As an expert in the field of strategic weapons, who wished to remain anonymous, told MK, Russia can organize the supply of Iskanders to Belarus and the conversion of aircraft of the Belarusian Air Force for nuclear carriers in such a way that it does not violate any international agreements.

The expert believes that we will not supply the Iskander missile systems with nuclear warheads directly to the Belarusian army – this is not required yet.

– If we supply Belarus with our nuclear-equipped Iskanders, this will be a direct violation of the provisions of the Treaty on the Non-Proliferation of Nuclear Weapons – the NPT. Usually in this case, as a counterargument, one can hear that the Americans, they say, store their nuclear weapons in five European countries at six air bases (in Italy, they have them at two bases). So why can't we do the same? But one important circumstance should be taken into account here: although these bases are located, say, in Italy or Germany, they are legally American bases. On such a base there are American military personnel, and only they can operate and use these weapons. And these are completely different things. It is one thing when a weapon is directly transferred to some country, and quite another when its owner exploits his weapon on the territory of another country.

The interlocutor explained that Belgian, Italian, Dutch or Turkish aircraft, of course, can use these nuclear charges at a critical moment of crisis. However, in peacetime, all nuclear bombs are under the control of the Americans. They don't give it to anyone.

– I believe that we will not transfer such warheads to the Belarusians, – the expert says. – I think we will agree on having our own base for storing nuclear warheads on the territory of Belarus. In this case, these weapons will be stored in our warehouses and operated by Russian military personnel. The same goes for tactical aerial bombs. Yes, Belarusian aircraft can be modified for carriers, but the bombs themselves will be located, guarded and serviced at our bases. Then this will become a symmetrical response to what the Americans are doing in Europe. I can well admit such an option.

As for aviation nuclear carriers with which Russia could equip the Belarusian Air Force, according to the ex-head of the Federal Aviation and Space Search and Rescue Directorate, Honored Military Pilot of the Russian Federation, Candidate of Technical Sciences Major General Vladimir Popov, this will not be difficult for our specialists. At one time, General Popov commanded a Su-24 regiment, was a deputy division commander, commanded aviation of the border troops, and therefore knows what he is talking about.

– The fact is, – the general explains, – that when we sell our combat aircraft capable of carrying nuclear warheads abroad, for example, the Su-35 or Su-24, a “circuit” is removed from them – a special electrical system that ensures the safety of turning on the fuses on tactical thermonuclear bombs. Therefore, there are no control units for the nuclear weapons system on such aircraft. Now at the repair plant they will have to be finalized according to a certain program and reinstalled on aircraft. In the same way as it is done on the planes of the Russian Federation. There is little difference there.

– Their range is the same – it remains within 400 km. Free-falling bombs are placed on aircraft, since there are no missiles with nuclear ammunition for operational-tactical aviation. True, there may still be corrected ammunition with increased accuracy. But why are they needed if the radius of destruction of a nuclear weapon is several hundred meters. That is, in such an area, any target is destroyed for sure. It is not required to hit the target pointwise, and it will not work to miss with such a radius of destruction. The radius of destruction of thermonuclear ammunition is very large. That is, in order to destroy the target, the plane takes off, bombed and back.

– To deliver a tactical nuclear strike, it must be prepared with the help of a special operation. To do this, there are tactical methods of combat. You can draw an analogy with minefields on earth. In order for the tank columns to move forward, the mines must first be neutralized. The same is true in the air. That is, first, other means of destruction, including artillery, missile troops, strike, destroying the air defense system. In other words, a corridor for the passage of aviation is breaking through. Then aviation carriers of tactical nuclear weapons begin to work. But I still hope it doesn't come to that. Hotheads in the West must stop.