In the coming days, it will become clear whether the fuse can be extinguished

Every summer, this situation always happens to me: I definitely need to write about something, and writing, it seems to me, especially about nothing. In the hot summer of 2022, a similar misfortune happened to me this Monday. On the information front – a complete beggar. Bloomberg, however, reported that Russia defaulted for the first time since 1918 (and what about 1998?). But it's “symbolic”, and symbolic defaults are not considered defaults. 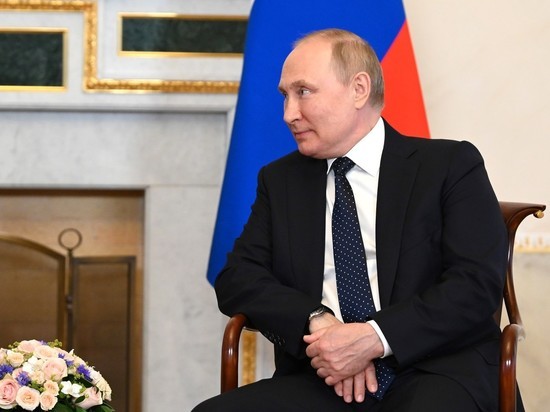 At their summit in Germany, the G7 countries also decided to “cut off Russia from world markets”: deprive Moscow of income from the sale of gold, set a “ceiling” for Russian energy prices, and so on and so forth. However, this decision still needs to be implemented (or, from our point of view, by no means necessary) to be implemented, and the US and the EU have recently had big problems with this. No, forgive me, ladies and gentlemen, but there is absolutely nothing to write about this Monday.

Are you snickering, daddy? No, the “my friend” didn’t get drunk, but just got used to the “new normal”, which in fact is anything but normal.

A few weeks ago, a Russian diplomat friend told me exactly how the procedure for the departure of employees of our embassies expelled from the EU countries took place. “Person non grata” was taken to Brussels airport, where they had to walk to the plane through a corridor of police officers with sheepdogs. Is it normal? By the standards before February 24 – not just abnormal, but blatantly abnormal. By the standards after February 24, the language still does not turn out to be normal, but it is also something surprising and unexpected.

Why all these philosophical (or pseudo-philosophical) reflections? Moreover, a distinctive feature of the current moment extended in time is a sharp decrease in the political pain threshold. And it's very dangerous. After all, pain is, as you know, not just pain. In our body, pain acts as an early warning system. In politics, it's exactly the same.

The “routinization of abnormality” carries an obvious danger. As I'm already tired of repeating, it can always be worse. And if our (and also not our) brains take the abnormal for granted, we may miss another political fork, after which the interim period after February 24 will also begin to be perceived as another “lost paradise”. I will say more: we (in the sense of Russia and the West) are close to this fork. We hover around it, deciding whether or not to turn there.

What exactly am I talking about? Sorry, again about Kaliningrad. In recent days, a very strange fuss has been going on around this Russian exclave (an exclave is a region separated from the main territory of its country by the territory of other states).

The European Commission threatens to turn its anger to mercy: modify sanctions against the Russian Federation in such a way that they did not interfere with “transit from Russia to Russia”.

But Lithuania, a country that is directly in the center of this conflict, threatens to anger at mercy not change and veto the corresponding decision of the main executive body of the EU.

Not being a deep connoisseur of the mechanisms of the European bureaucracy, I do not I undertake to predict who exactly will win in this internal conflict. But my political early warning system is up and running. We are at the red line, which is better not to cross.

It would seem that everything that could happen has already happened a long time ago. Russia is conducting a special military operation on the territory of Ukraine, a country that has been an associated member of the Western world since at least 2014. But here is an important detail: in practice, the difference between the status of an associate member and a full member is as big a difference as between a mistress and a wife.

Lithuania behaves so recklessly because it is a full member of NATO. From the point of view of official Vilnius, this gives him a 100% guarantee of security from any problems associated with Moscow's actions.

But did someone forget to tell the Kremlin that Lithuania has a “100% guarantee”? Vladimir Putin is, as we all know, a big fan of humor. But the sovereignty of Russia is definitely not a topic for jokes in his eyes. Meanwhile, from the Kremlin's point of view, Lithuania is encroaching on exactly this – on the completeness of the sovereignty of the Russian Federation in one particular Kaliningrad region.

Although no, the wording about “one particular region” is clearly inappropriate here. I will formulate everything more clearly and convexly – taking into account the very respected GDPR rule “one for all, all for one”: from the point of view of the Kremlin, Lithuania has thrown an open, even deliberate challenge to the sovereignty of the Russian Federation. Should I continue to unwind the logical chain?

The European Commission seems to understand that it is better not to test Putin for strength in this way. But in Lithuania, judging by the statements of the president of this state, there is no such understanding. We are therefore waiting for which concept will win in the EU. I really hope that a new “nuclear explosion” in relations between Moscow and the West will still be avoided. For the sake of this, I am even ready to put up with the situation again when I “have nothing to write about.”