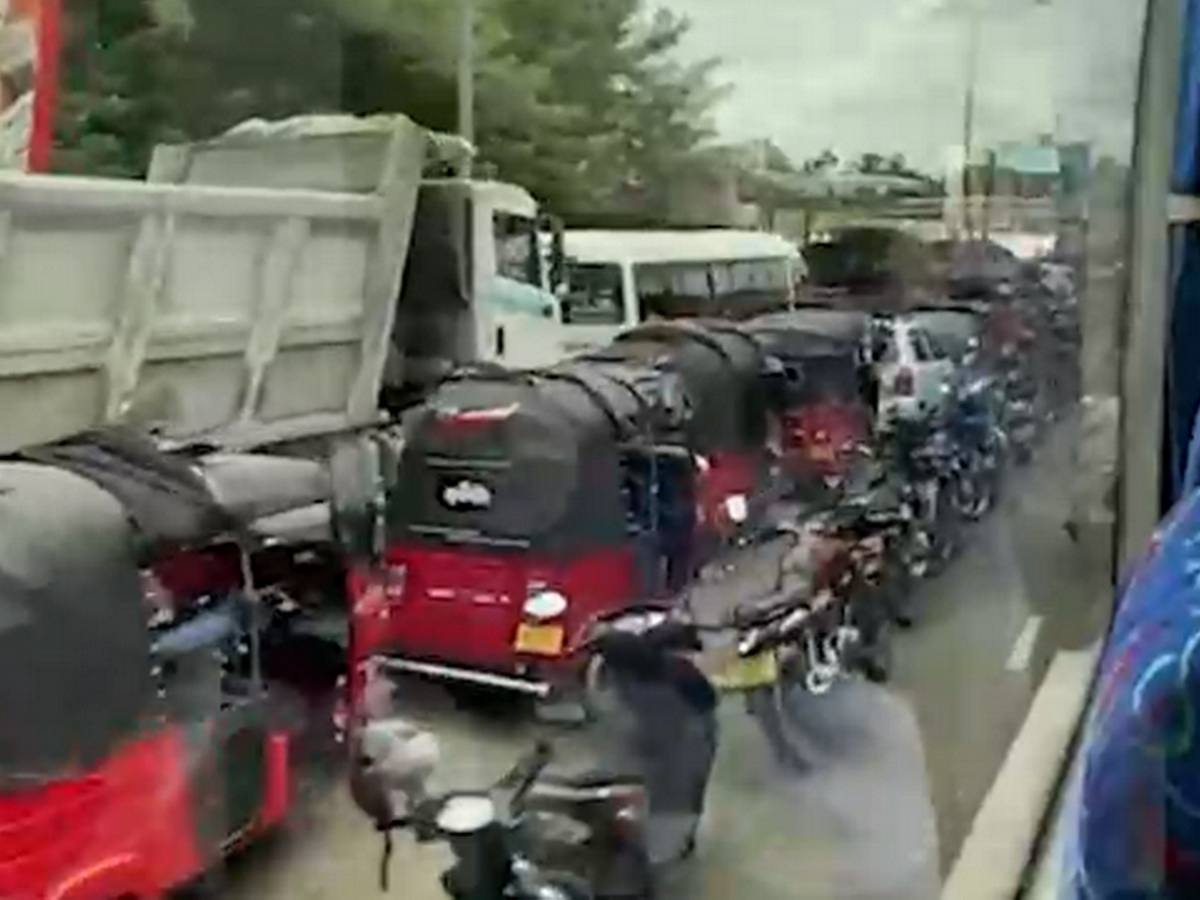 A local driver reported that he stood in line for four days and hardly slept.

Sri Lanka is going through a severe crisis due to default. Local residents complain about the lack of fuel, which is left for several days. Others do not have enough money for food, because entire sectors of the economy were closed in the country.

According to one of the local drivers, quoted by the Mash TG channel, he stood in line for gasoline for four days, while “did not sleep and did not eat properly”.

In different settlements many kilometers of traffic jams lined up at points, while, as it became known to the media, starting from July, only emergency and special services vehicles will receive fuel.

It is already reported that schools in Sri Lanka will be closed, and officials will work remotely, from home.

The fuel crisis has also affected tourists, who, along with everyone else, must queue.

If previously they were refueled out of line, now the rules have changed, and it is not clear how you can move around the recent green tourist paradise.

As Forbes clarifies, back in April it became known that the country has officially declared default. The lack of gasoline began even then, and protests have not stopped in Sri Lanka since May.

In the spring, the government headed by the prime minister resigned. Mass protests intensified as the prospect of starvation loomed. Now the authorities have lost the support of even former allies.

The national debt of the country is $35 billion, of which $7 billion must be repaid this year. Inflation, according to the local Central Bank, will reach 40% by the end of the year.

In turn, the World Bank refuses to provide assistance until Sri Lanka begins to pursue “an adequate macroeconomic policy.”

The amount of assistance that can be given to the country will only be enough for medicines, school meals and assistance to poor families and farmers.

Earlier, as reported by the Guardian, experts spoke of a default in which 74 countries of the world could find themselves , low income. They believe that the reason – in the post-pandemic crisis and the debts accumulated during the isolation.

In turn, JPMorgan Chase calculated that the consequences of Russia's NWO in Ukraine and rising loan prices will lead to a default of 10% of developing countries.

Earlier, Topnews wrote that the court of Sri Lanka banned the aircraft “Aeroflot” leave the country.