Lithuania categorically refuses to revise its plans to blockade transit to the Kaliningrad region. And even Brussels is unable to influence the leadership of this Baltic republic. The Kremlin considers the neighbor's policy to be aggressive and unfriendly. Experts discussed what is happening in relations between Russia, Lithuania and the European Union today during the round table. 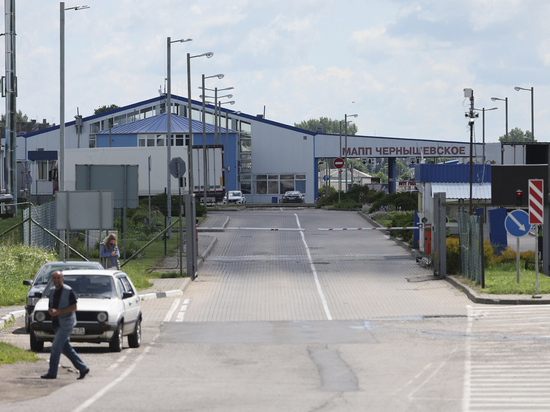 In his opinion, “Lithuania is a small but very dangerous rival for us, which has the best connections with foreign intelligence services. All this should be taken very seriously and see the collective work of NATO behind it.”

“Often what is on the mind of the current politicians, on the tongue, is the expert on the countries of Central and Eastern Europe, RIAC expert Vadim Trukhachev commented on the statement of the former Minister of Internal Affairs of Latvia Maris Gulbis that Kaliningrad from Russia “needs to be taken away “. – This is a test of our ability to maintain transport communications, our diplomatic, military, and informational capabilities: What will be the answer to this, how tough? It is necessary to prepare for everything in general, but there will most likely be no military developments in the near future. However, the entire list of non-military measures will be used.”

According to Vladimir Matyagin, President of the National Association of Freight Road Transport “Gruzavtotrans”, there are ways to deliver goods to the Kaliningrad region. “The alternative is sea ferry transportation, which has been established for many years. But these are additional costs. Rise in the cost of freight, rise in the cost of products for local residents.

The question is what compensation will be from the government of the Russian Federation so that the enclave does not suffer in terms of provision.

Andrey Romanov, President of the Union of Industrialists and Entrepreneurs of the Kaliningrad Region, believes that it is now important to analyze the decisions of Lithuania and the European Union and understand what cargo can be transported by land and which by sea, so as not to unnecessarily load ferries. Response measures, in his opinion, could be a complete ban on the import of Lithuanian goods, shutdown of the electricity supply system and a complete sea blockade. “It should be the same blockade for them. We also have an electronic warfare system that completely covers the sky for them. If they twist our arms, we should give them a warning,” he said. .

Regarding the prospects of Lithuania itself, experts give not the most comforting forecasts. Doctor of Economics, Professor of the Department of European Studies Nikolai Mezhevich believes that Lithuania's decision will hit its own economy hard.

“I think that the fall in the GDP of this Baltic country by the end of 2022 will be at least 8-12%,” says expert. – This is provided that the Lithuanian neighbors have learned to work well with numbers and always hide the real situation in the economy. We know all Lithuanian enterprises involved in the export of goods to Russia and Belarus, all intermediary firms. We are still the fourth partner for Lithuania in export-import operations. Plus, tourism played a big role. All this will go away. A military response should be categorically rejected, we are being provoked into it. Economic cooperation should be completely abandoned, Lithuania should no longer exist in this regard. Even a pack of cigarettes, a log or a bag of cement should not reach the European Union through them. Any trade with Lithuania is treason.”