Troops operate much faster than in Mariupol

As Defense Minister Sergei Shoigu reported to President Vladimir Putin on July 3, Lisichansk has been completely controlled. Thus, the liberation of the Luhansk People's Republic has been completed. Experts consider this event a great success for a special military operation. 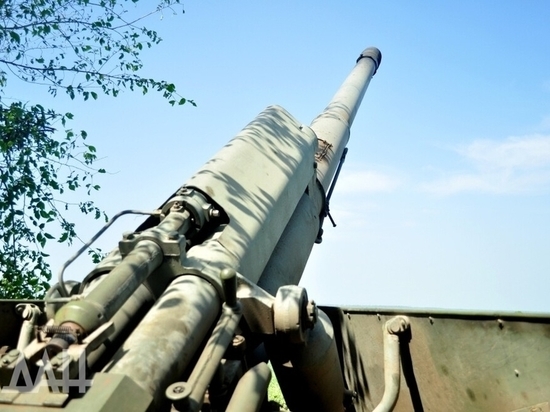 Ukraine has done everything possible to reduce the effect of yet another success of our special operation. The shelling of Belgorod, Kursk and Melitopol is low revenge for a serious military defeat. Under other conditions, our success in Lisichansk, which completes the liberation of the entire Luhansk People's Republic, would be a good occasion for a victorious salute. Perhaps there will be such a salute.

Earlier, the Ministry of Defense reported that the troops of the Center group under the command of Colonel General Alexander Lapin (commander of the troops of the Central Military District) reached the Seversky Donets River and, together with the Southern Group of Forces under the command of General of the Army Sergei Surovikin (commander in chief of the Russian Aerospace Forces), they closed the encirclement around Lisichansk. The enemy is demoralized, surrenders and suffers heavy losses.

According to experts, the release of Lisichansk is important from all points of view. And above all, as an indicator of the effectiveness of the tactics chosen by the troops. The city was almost taken in a week. Before that, Severodonetsk was liberated at about the same pace.

The essence of the tactics in both cases was that our troops did not immediately try to take the city into a dense encirclement, as was the case, for example, in Mariupol. There, standing near the completely blocked Azovstal plant, where the militants took refuge, lasted a month.

In Severodonetsk and Lysichansk, on the contrary, the groups of the armed forces of Ukraine (AFU) were left corridors for exit. But these retreat routes were under our control and fire influence. As a result, scattered small groups of soldiers of the Armed Forces of Ukraine, often without commanders, fled from these cities, abandoning their equipment and heavy weapons. And all this under the fire of our artillery.

The web is full of videos in which fleeing Ukrainian soldiers tell how scared they are. And this is a very important moral factor.

The head of the Chechen Republic, Ramzan Kadyrov, in his Telegram channel, called our tactics in Lisichansk “competent and swift.” “The Nazis, Bandera, devils and crowds of mercenaries seemed to be preparing for a long defense of the city. However, they fled from the approaching fighters of the allied forces so briskly that recognized athletes would envy, ”he wrote.

In Lisichansk, a special police regiment named after Hero of Russia A.A. Kadyrov of the Ministry of Internal Affairs for the Czech Republic, the 6th Cossack regiment of the LPR, the special forces “Akhmat” under the command of General Apta Alaudinov and the 1st Corps of the People's Militia of the LPR under the command of “Adler” operate in a coordinated manner. The troops are supported by Russian artillery and aviation.

The Rybar telegram channel notes that some units of the Armed Forces of Ukraine were able to get out of the operational “cauldron” in Lisichansk. The retreating troops of the Armed Forces of Ukraine, as well as detachments of mercenaries, headed for the Seversk region, where fortified areas are being created, a military blogger warns. When withdrawing, the command set the task of destroying military equipment.

First Deputy Minister of Information of the DPR Daniil Bezsonov comments on the situation around Lisichansk on the social network as follows: the capture of Lisichansk means that the LPR is “almost completely liberated from Ukrainian occupation.”

The enemy retreated, having suffered huge losses, to Seversk. There are going to be fights. “As a human being, I feel sorry for those Ukrainians who, against their will, are thrown meat under our shells. This is how you have to give up. Ukraine's human resource is running out much faster than the shells sent by the West,” concludes Bezsonov.